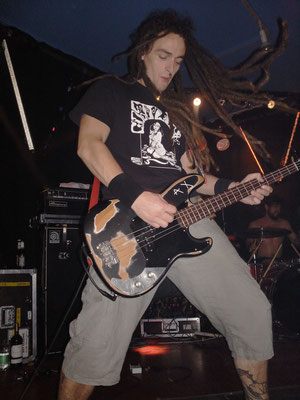 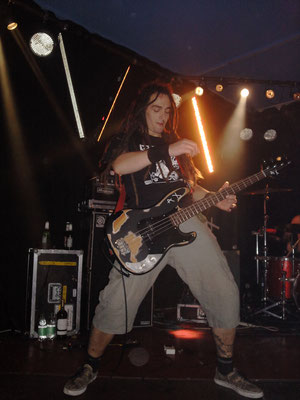 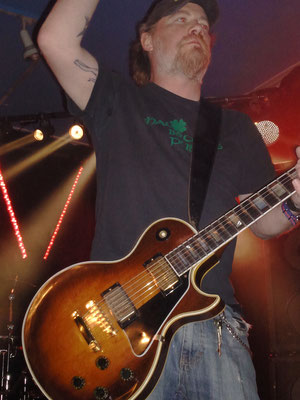 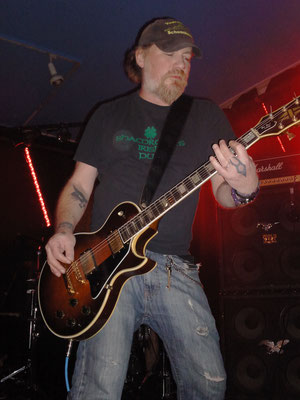 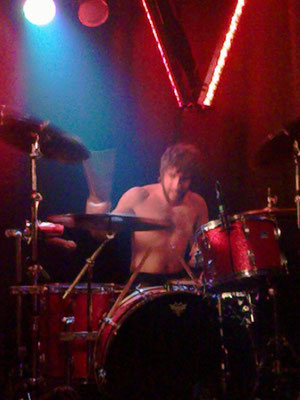 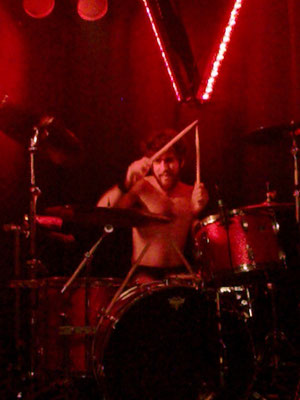 We saw Karma to Burn on many occasions: 2011 at the Hellfest in front of 10.000 spectators, one month later at small club in Heidelberg / Germany in front of 25 spectators, both with Rich on bass, Rob on drums and Will on guitar. 2013 at the Hellfest again, with Evan as a new drummer and Will on guitar in front of 10.000 spectators and now with Rob from Exploited as substitute for Rich Mullins on bass, Evan on drums and Will on guitar, in front of 50 spectators. There is no in-between between absolutely big or small, same as their music with just numbers as song-titles, no interaction with the audience, no vocals, just one riff after another, one hookline after another, with a guitar with no effects but with at least 4 different sounds. But the guys did celebrate before the gig with their fans. That was their kind of contact and after 90 minutes of hard riffing guitar, tribal drumming, we had that characteristic Karma to Burn ringing in our ears and the traditional Karma to Burn pain in our necks. What a concert!

But, that wasn´t all on this evening: The kickoff for this magic evening was a young swiss band called “Sons of Morpheus”. What started as a jam-session became within 20 minutes to concentrating swirl which caught all the spectators to dance, to bang and to play air-guitar. These three young guys really learned their lessons well in the history of 60s music; a trace of Hendrix, a groove from “Cream”, a rhythm from “Mountain”, with a hypnotic voice, a crazy drummer and a bass as the second guitar like “John Entwistle” from “The Who”. What if a young, unknown band sells 20 copies from their CD at one show? Great!!!

And when there is a lot of light, there is also a lot of shadow. “Hot running Blood” had the worst job this evening, they tried everything; more light, louder, more guitar, more animation but they failed. They wanted too much with their more psychedelic inspired music, but nobody wanted to hear it. A shame but it can happen.