I missed almost the whole set due some issues with the non-existing cashless payment at the entrance. My French friend thought that it would be possible to pay with the card, so he had to go to the ATM, get some cash and so we could go in. I saw this band several times in the 1980´s. Nothing´s changed in their attitude and music. Deutschpunk with football refrains and slogan-like lyrics. 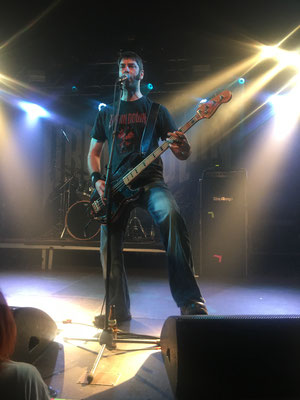 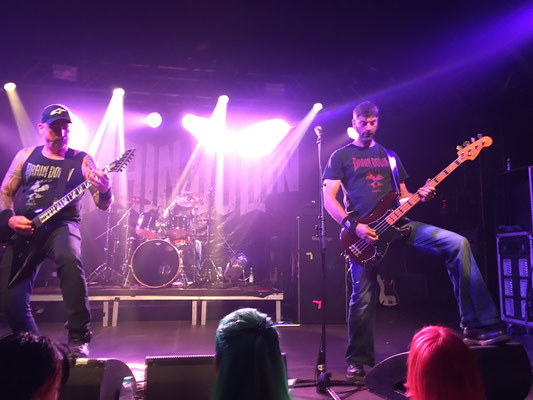 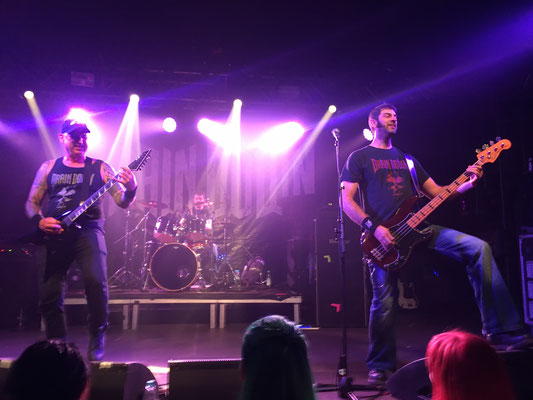 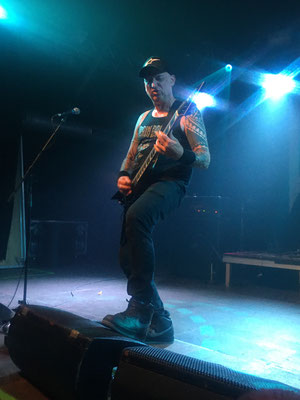 Ze Germans nailed it, although a lot of the audience, who came for Lustfinger, stood outside, having beers and cigarettes, and a lot of the audience, who only wanted to see The Exploited, haven´t arrived yet. So it was an easy stay to enjoy their unique mix of Thrash/Death Metal and Hardcore. classics like "Refuse, Resist", "Raining Blood" and "Motorbreath" fit perfectly to their set and style. A powerhouse on drums fueled tightly the rhythm section and a powerful voice crowned their set. The bass should have been filled with some midrange and distortion to decorate their music with a bit of dirt, means a bit more Lemmy´s bass sound could be another trademark of this talented band. Great concert. 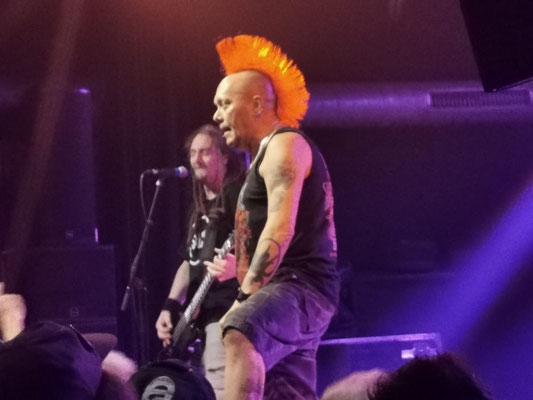 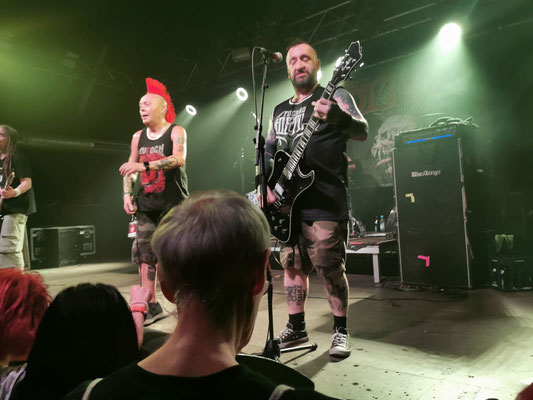 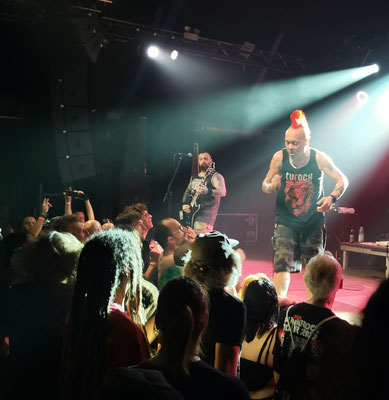 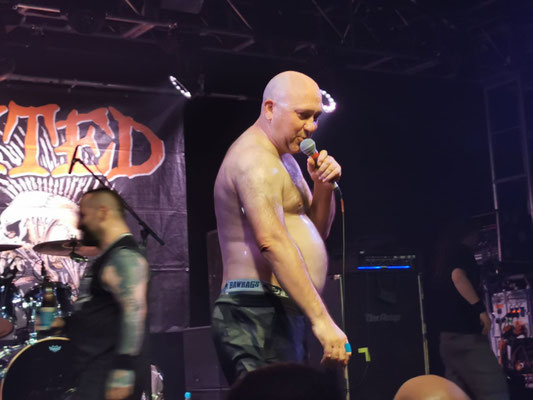 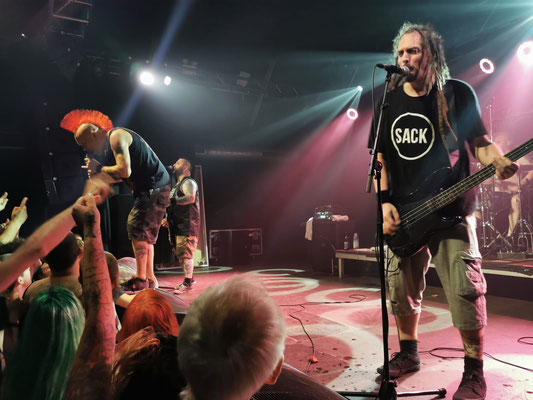 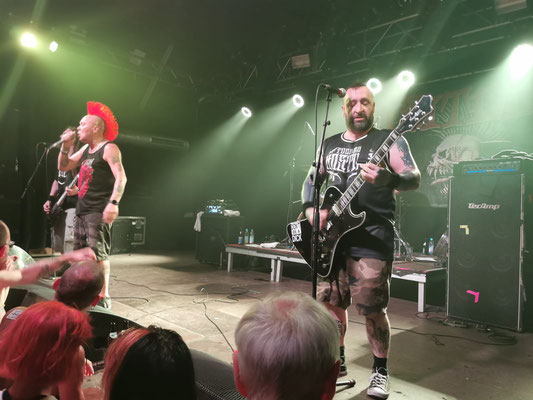 Needless to say that this band with a busload of classic tracks made the crowd to slam, to pogo, to shout, to drink and to let all the shit and hate out of their minds. Okay, if it is still necessary to do all this - also the band - the personal and intellectual evolution isn´t that progressed. It was the musical background for having party and fan, shouting some slogans, going home for working on Monday. Musically absolutely tight and fast, good sound, good entertainement.