The 19th Roadrunner´s Paradise Festival was the perfect mix between amazing cars in front of an amazing background and outstanding music. A chilled and extremely relaxed atmosphere, cruising muscle cars with almost the same sound that the bands produced on stage. I went there grace to the invitation of the organisation team to see Greenleaf again after their furious gig at the Feierwerk in Munich this year, the both Dutch bands Black Bone and Death Alley.

Both struggled with the German traffic and Death Alley got stuck in a stau and Black Bone managed to pass it. Black Bone really meant it to rock, no matter if they turned up the speed or put some dirty rock´n roll in their punky speed or in reverse. And although most of the spectators came to cruise and pose with their cars, the band managed to rock a no music fan audience.

Greenleaf just cracked the last not moving guest with their Detroit based blues, rock and stoner blended Garagerock. And the turbocharged tube stage powered their massive sound in the warm summer night, so nobody could resist to move, to dance and to bang. 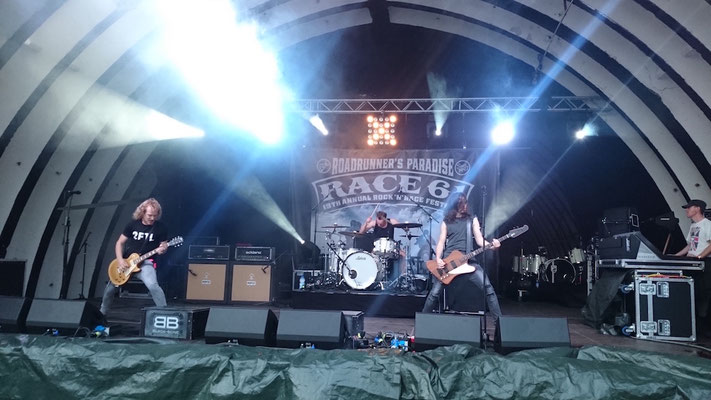 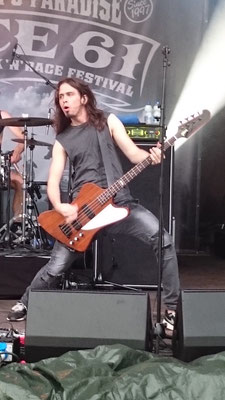 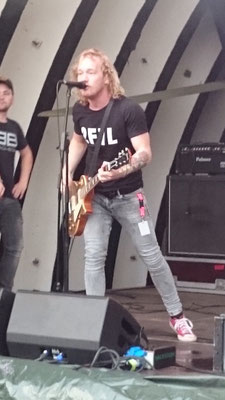 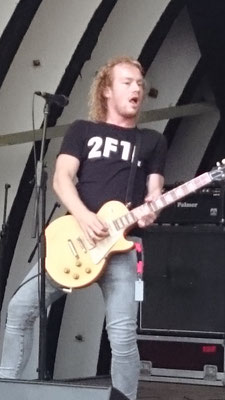 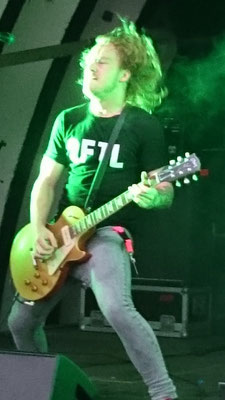 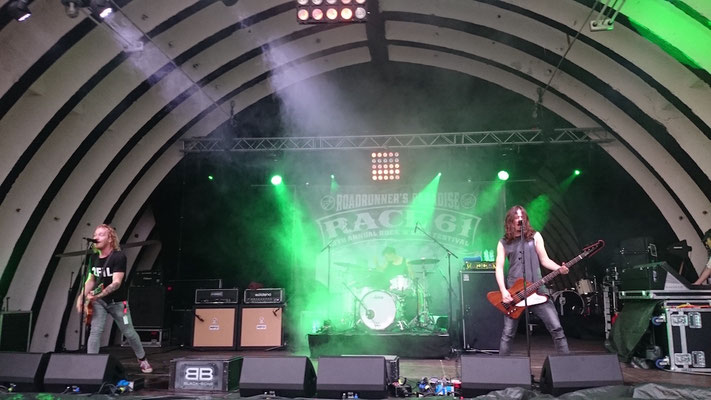 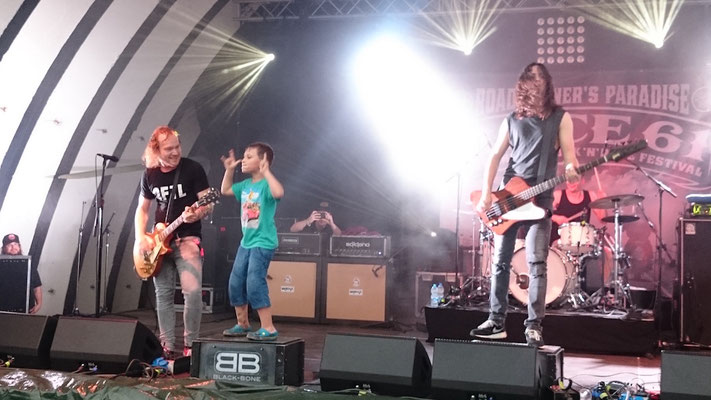 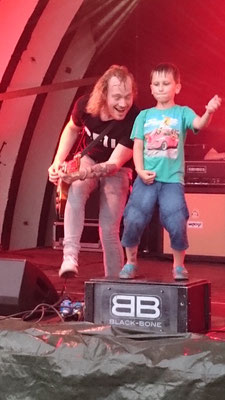 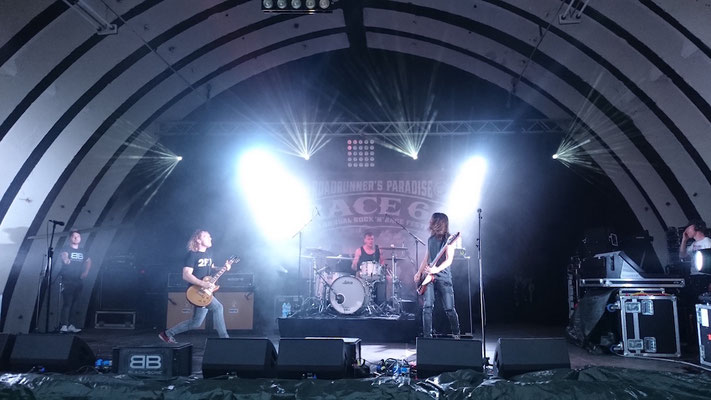 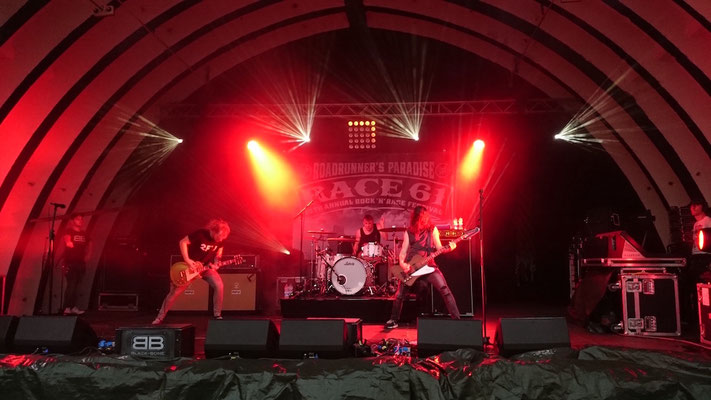 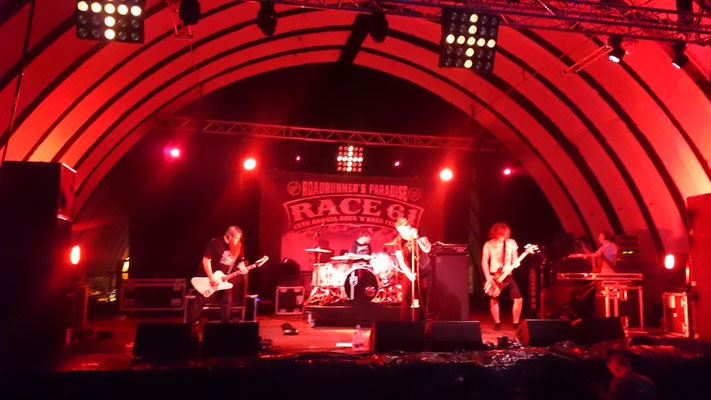 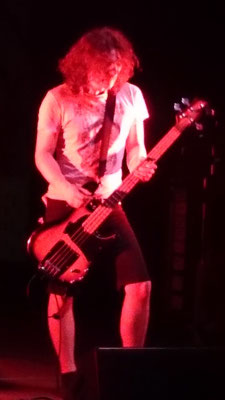 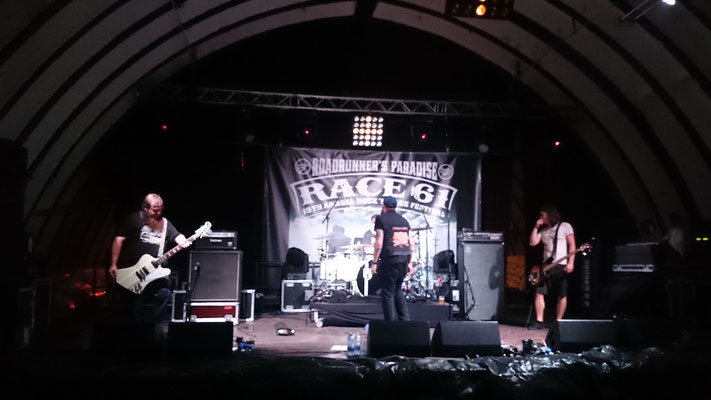 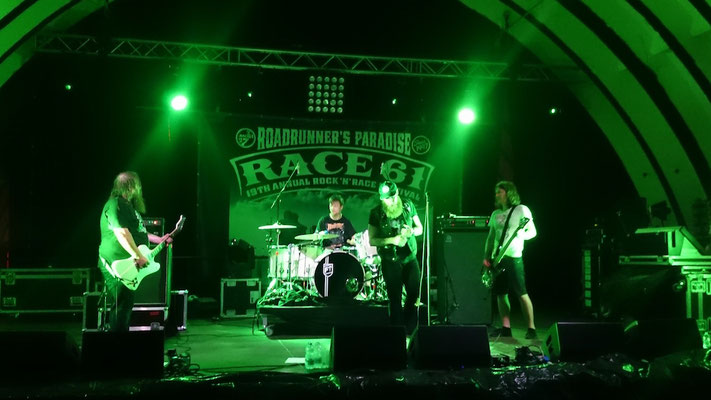 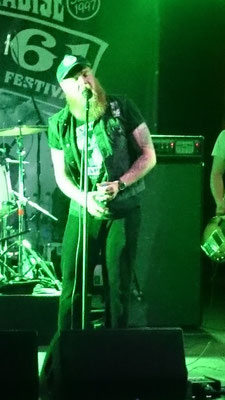 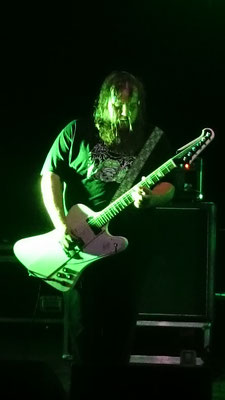 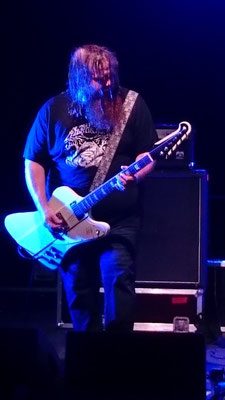 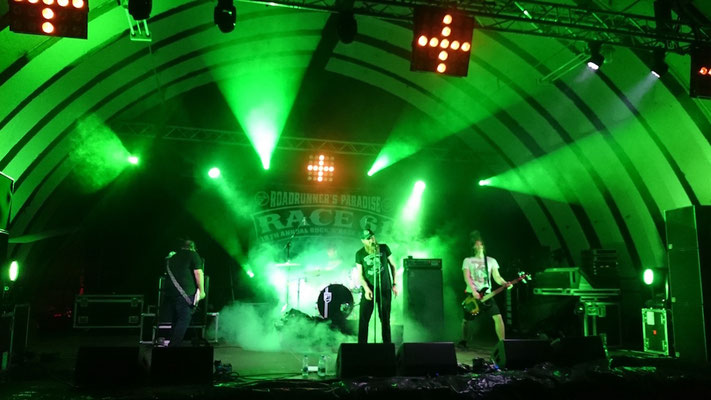 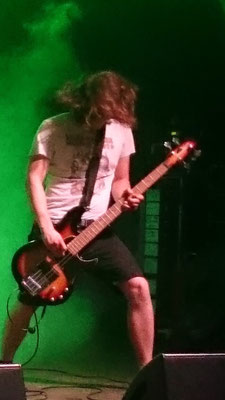 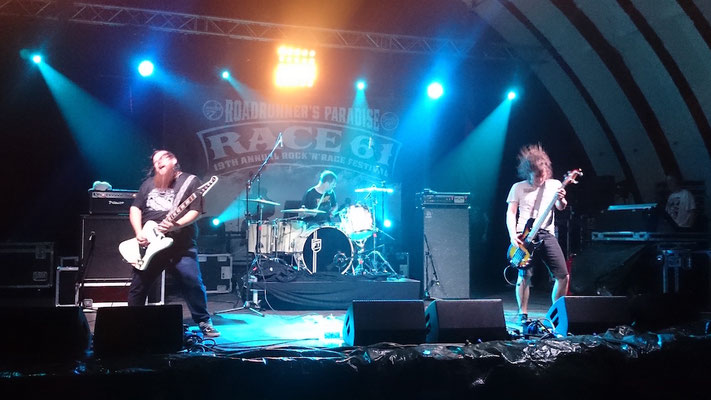