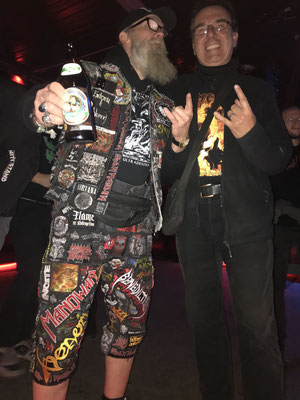 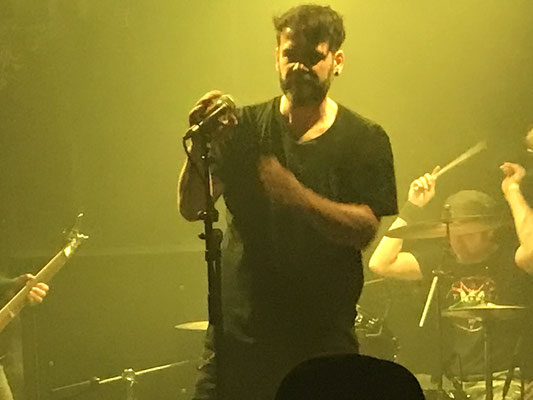 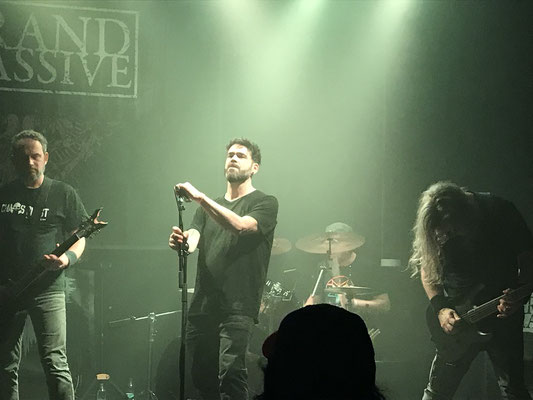 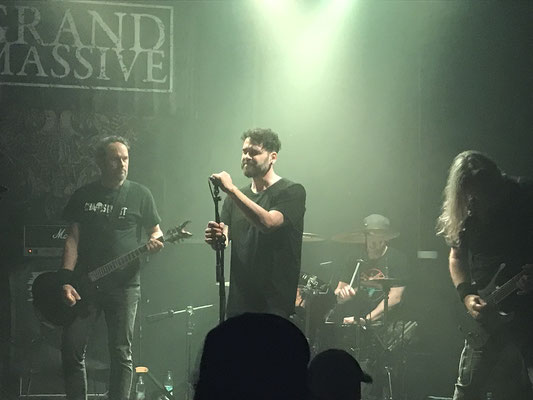 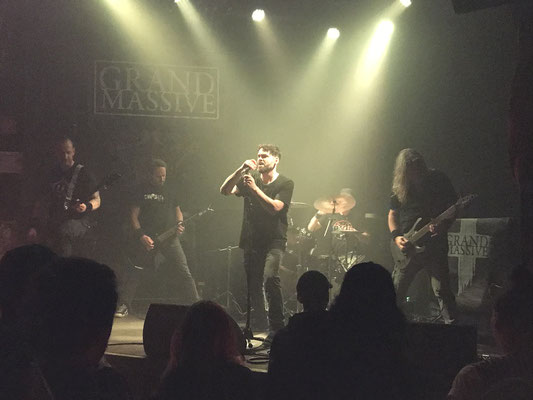 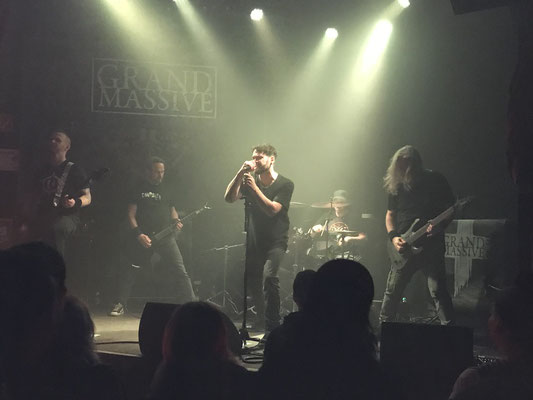 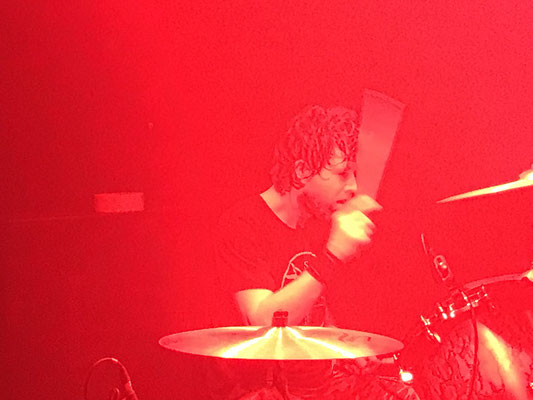 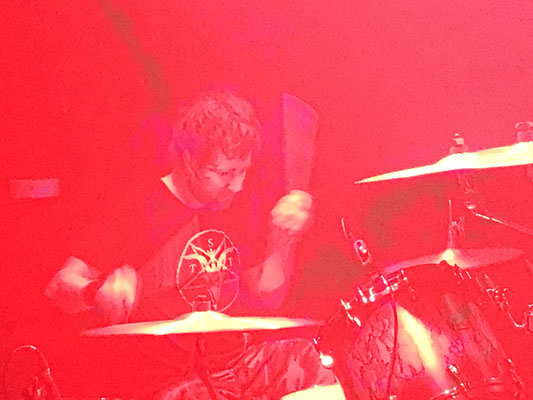 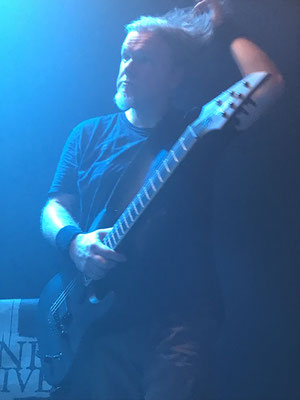 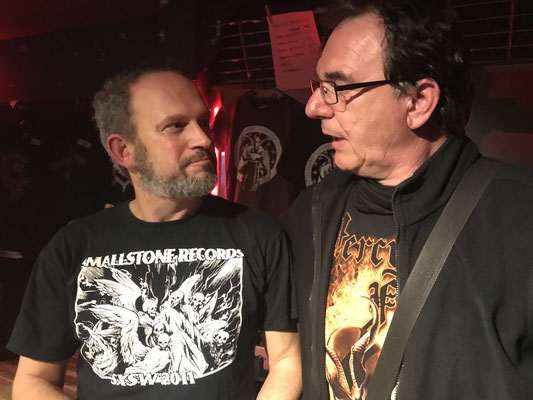 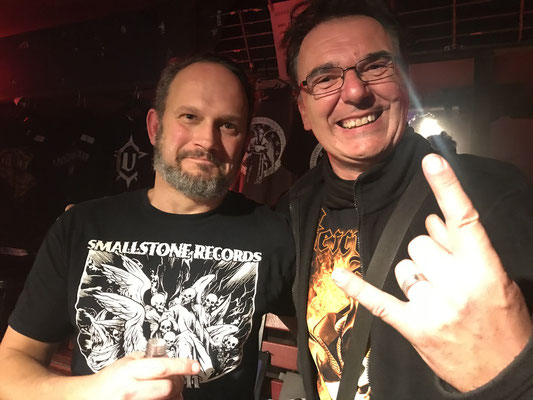 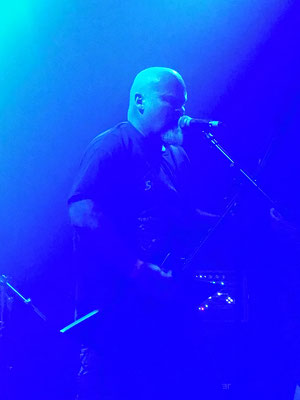 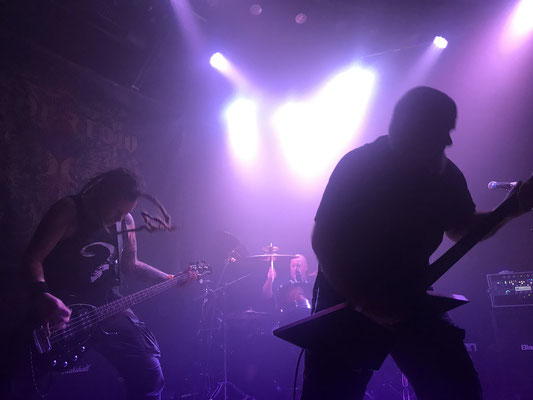 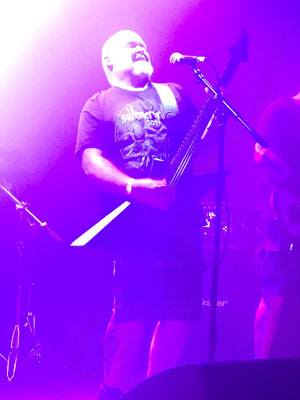 Heading for Undertow, discovering Grand Massive, that´s the short version of this evening. Munich homies Grand Massive opened with "I am Atlas" and this song caught us and drove us through the concert;  A song that is in the intersection between Doom, Heavy Metal and Stoner. And so the concert lingered on between Doom, classic Heavy Metal and a bit of a Desert Rock. The enjoyment would have been far greater if the light had been right and the entire band had been mixed over the PA. Apparently, since the so-called energy crisis, half of the PA boxes have been cut backstage. It was definitely too quiet for a heavy metal concert, especially since the stage sound from the backline was almost unbearable.

I like Undertow for their thin line between aggression and melancholy and their very personal and emotional lyrics. This is convincing on CD, less so on stage; four cheerful musicians delivered melodic and powerful songs alternating between thrash, doom, fat breaks and heavy metal. The sound for the audience was better than the stage sound, the light as in the previous concert, could be improved. Undertow obviously had fun on stage, but unfortunately didn't manage to transfer this energy to the audience. OK, the Munich audience is far from a Spanish or even Argentinian audience, which makes every concert a celebration.

My highlight was "Smoke Garden"; I didn't think they would play this very intimate and personal song live. I cried at the beauty of this song, it couldn't get any better after that and we drove home satisfied and enlightened.