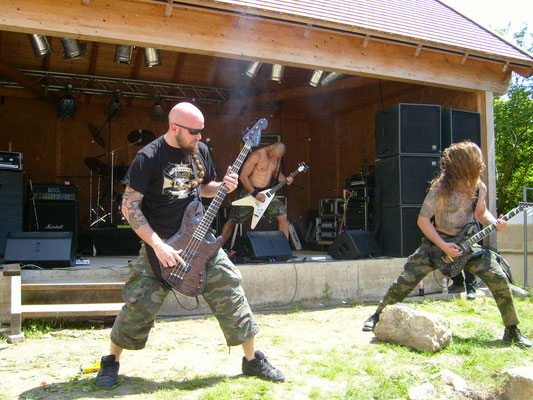 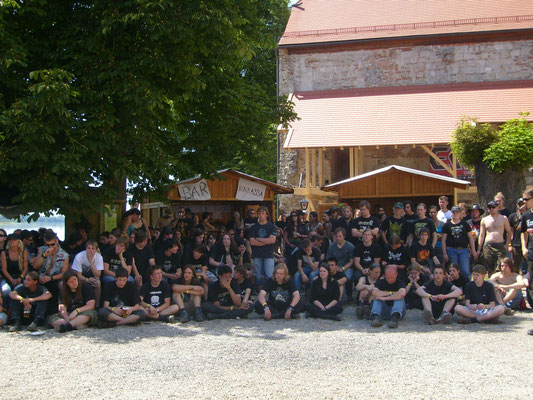 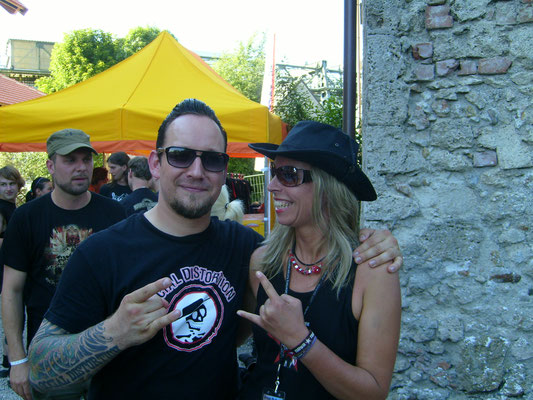 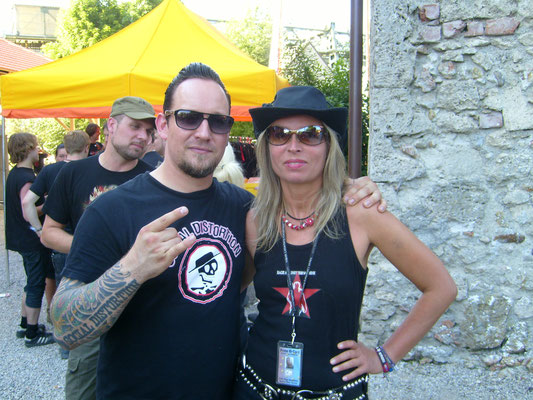 Volbeat have released their first to albums and they played wherever there was an offer. For example, they played at the "Eternity of Rock"-Festival in 2007 in front of 100 local dudes. The "Summernights-Open-Air" at Minning Castle was a festival with a wide range of Metal that attracted around 2000 spectators.

It was hot and a band did some Heavy Metal and the Metalheads gathered in the only shady place during noon. I walked around, took some pictures and suddenly there was Michael Poulsen there. So I called my Reina and we asked for a commun picture. We got it. And we still had time to talk about their passed concerts. Up to this date, we saw them already three times so Michael was so astonished that he proposed us to organise some concerts with Volbeat. Oh my god. We already knew that this band will smash through the roof.