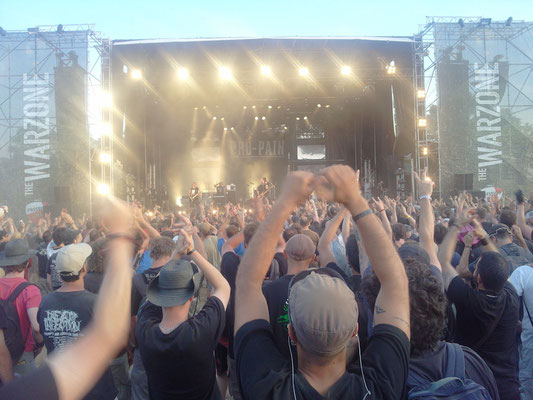 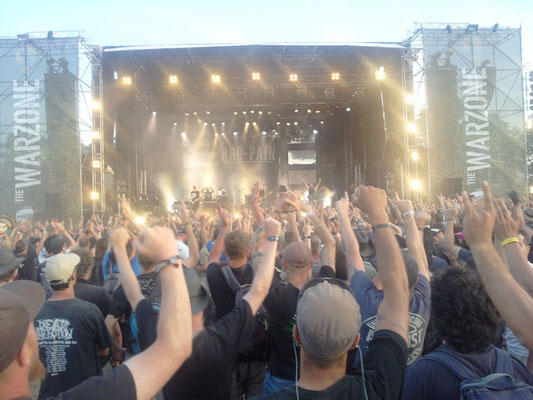 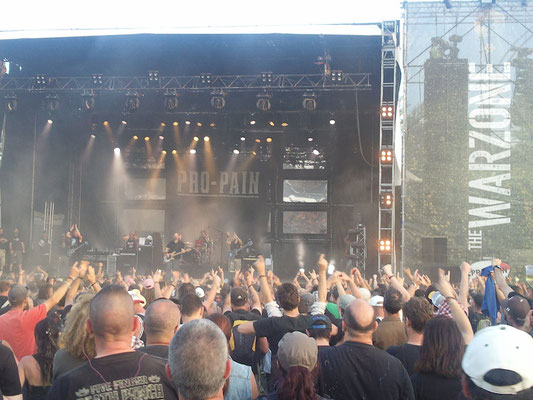 This is the crowd of spectators in the old Warzone at the Hellfest in 2014 while Iron Maiden played at the Mainstage. Actually, the Warzone was packed with around 10.000 spectators. All of them knew all the lyrics, breaks and moves of Pro Pain. I only owned a shirt of them, which I used to wear to work in the garden. So after this show, we deceided to get some CDs from Pro Pain and we really like their grooving mix of Punk, Metal and Hardcore.

Half a year later, the same band who almost destroyed the Warzone, was supposed to play in the Club, the smallest venue of the Backstage, in front of around 100 spectators. The band didn´t care about that and the also gave 100% for the small audience. And the audience delivered back in call and response, slamming and moshing and Reina kept on shooting and shooting pictures. Suddenly, in an almost intimate moment, where Gerry showed his feelings about this concert, Reina captured it. Honestly said, this is one of my absolute favorite pictures we took at a concert.