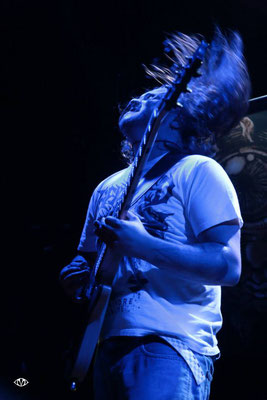 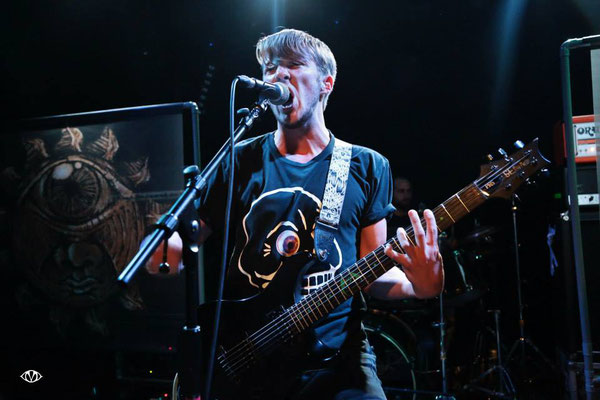 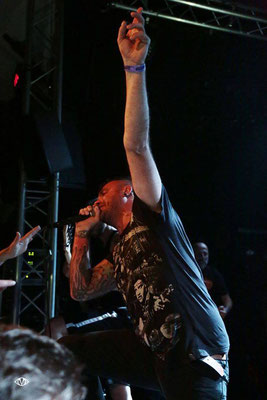 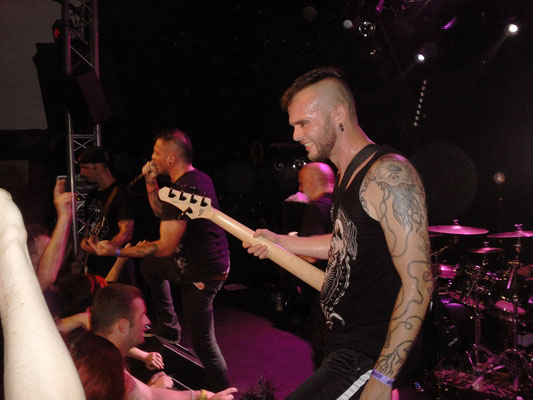 Before we can see our preferred band Black Bomb A at La Poudière at Belfort, France, we pay attention to very interested bands as support. First the locals „Slaughterers“, which played classic 90s Death Metal like Asphyx, Unleashed or Entombed. Groovy parts changed with Thrash- and Speed-Metal. Their friends and also some Metalheads liked it, they moshed, they created a circle pit and they managed to celebrate the first wall of death after 15 minutes.

15 minutes later, „Eleventh Sunrise“ from northern Alsace, entered the stage. And now we got closer to the musical direction, what Black Bomb A will play later.

The four young guys from „Eleventh Sunrise“ offered us a complex kind of progressive Nu-Metal, a mix between Metalcore, Deftones, and the French band Dagoba, on a high technical level. Okay, we like music, that demands our brain, but anyway, we also need a chorus and a melody to get moved and for keeping the music in our minds. Despite of all technical skills and elaborated songs, nothing stayed after one hour of hard work on the stage. What a pity!

And now, at 23.15h, the intro started and the meanwhile 300 spectators were keen to destroy the ancient arsenal with the soundtrack from „Black Bomb A“ (BBA). After six years of being apart from the scene, Arno, second singer from 2004 to 2008, has returned to BBA and everybody awaited him and cheered the band. Also the band was motivated to show the crowd that BBA is still THE band in French Metal- and Hardcore since 1995. Needless to say that the spectators sung along all the songs, did crowd surfing, banging, running, jumping and so did the band. The setlist contains old stuff like “Born to die” “Down”, the classic tunes “Mary”, “Look at the pain”, “Law´s Phobia” but also the newer ones like “To reactivate”, “Tales from the old school”, “Come on down”.

What can we say? We saw the band around 30 times but this concert was the kick-start for a far better future with a far better singer and performer than his predecessor Shaun.