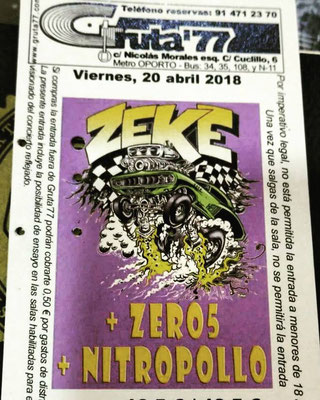 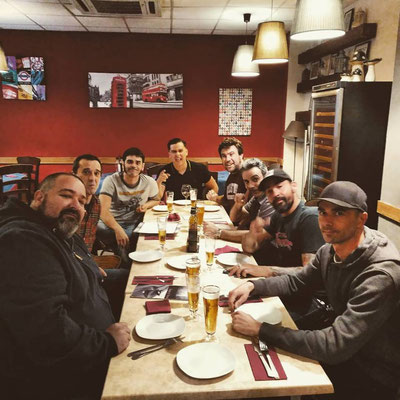 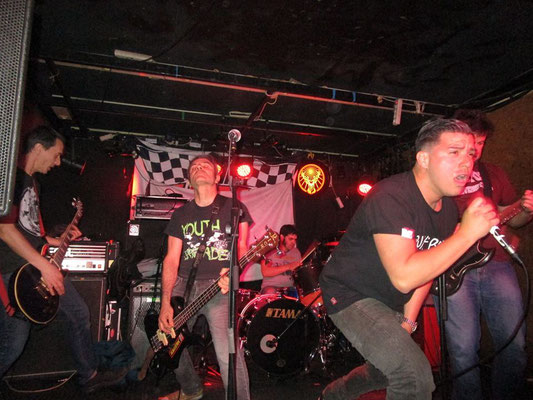 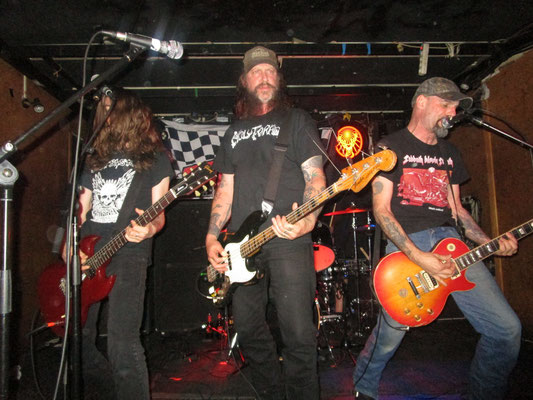 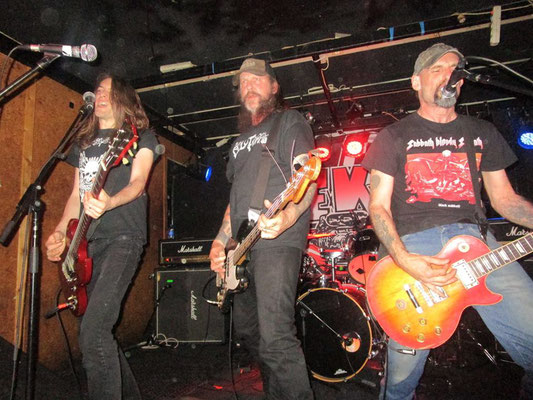 Well, this was a pure blast by all the groups; Nitropollo (Nitrochicken) opens the evening with a more hardcore oriented rock´n roll and a powerfull voice that reminds me on Ignite´s Zoli Teglas. Followed byanother local heros band, Zero5. Their street punk´n roll and their rude behaviour on stage make the audience completely nuts. And the top of oll this madness are Zeke. Needless to say that this concerts has been the climax for all the audience this year. 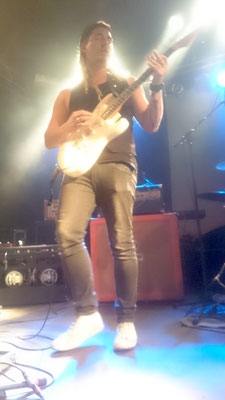 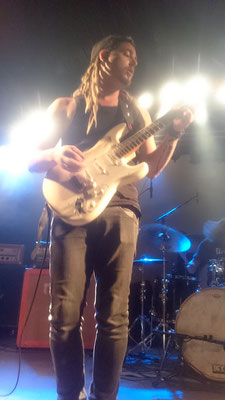 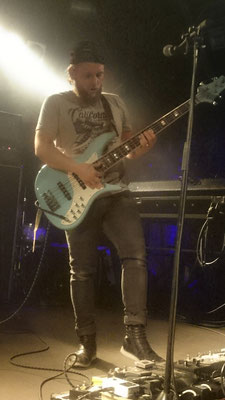 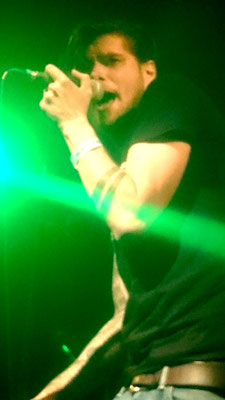 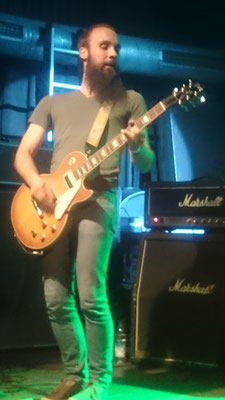 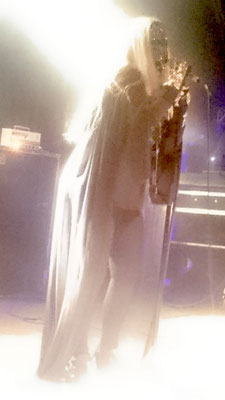 A strange package. We wanted to see our friends Sons of Morpheus - among ten other interested spectator, forty locals wanted to see their homies Dune Pilot and 200 people wanted to see the next swedish hype Coven. I mean, there was no musical and little personal cohearence between these groups. We met Sons of Morpheus as a clever working stage machine, with the right blend of fun, routine and skills to pass and play a good gig among strange circumstances.

Dune Pilot did a solid show presenting thei latest release Lucy. It was okay and way better than the Mummenschanz of Coven. 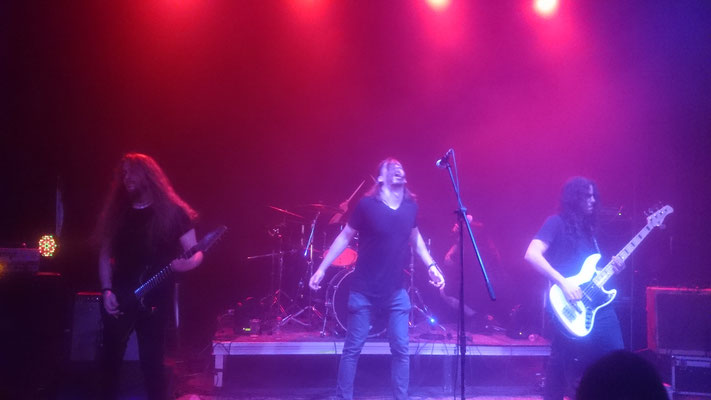 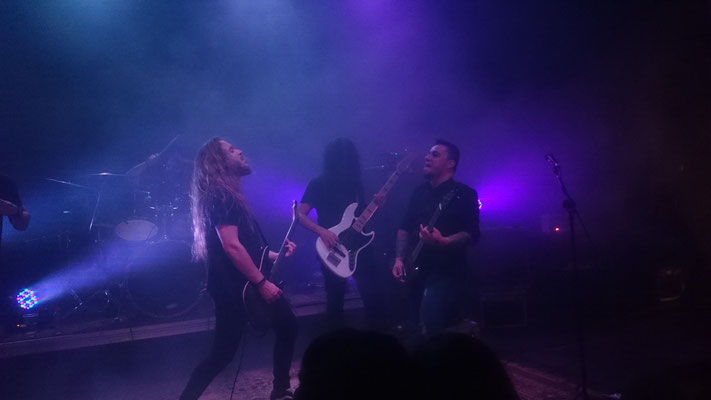 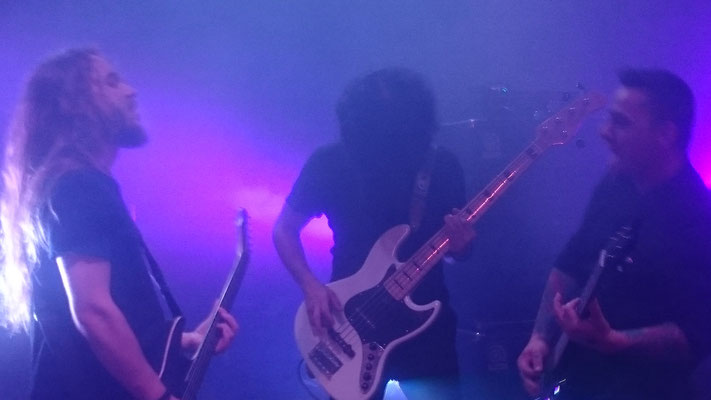 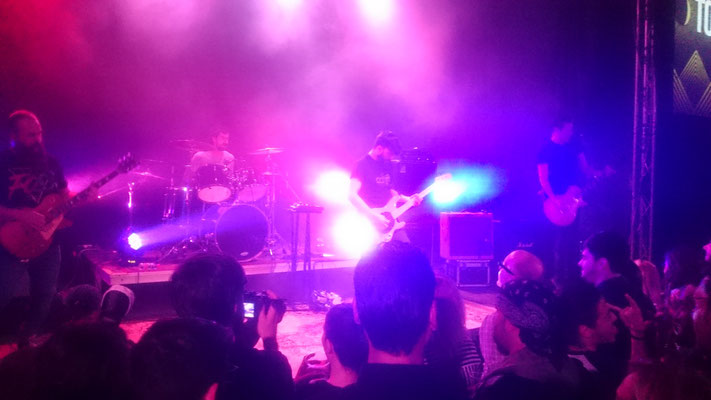 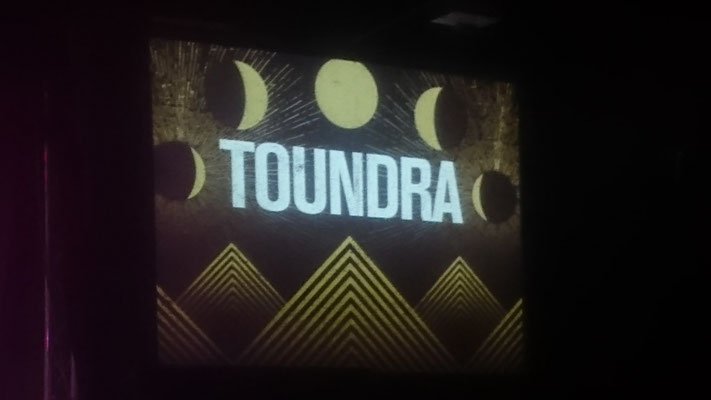 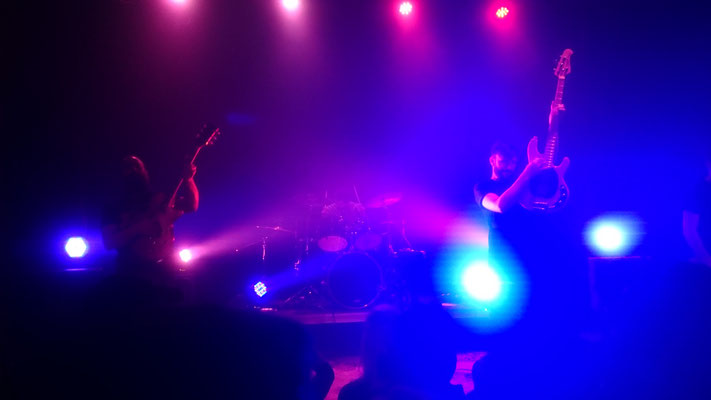 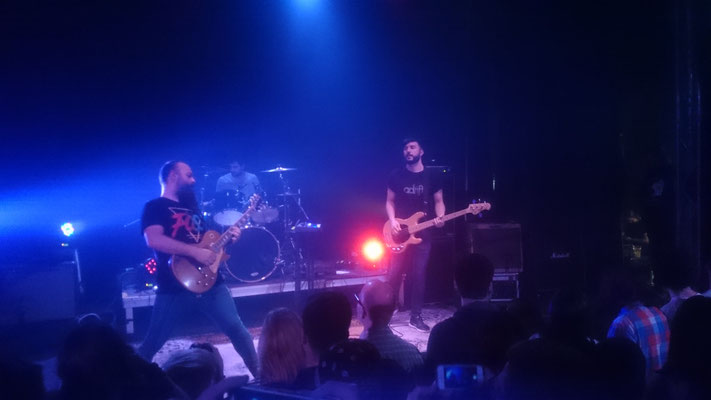 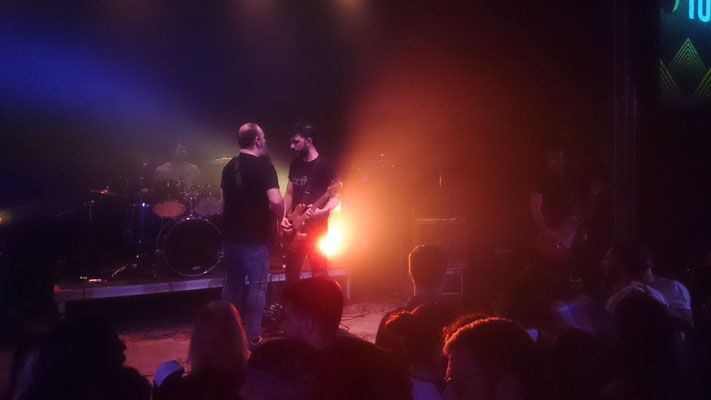 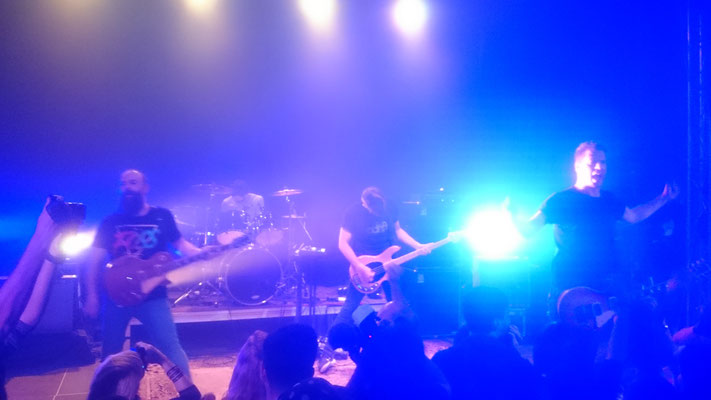 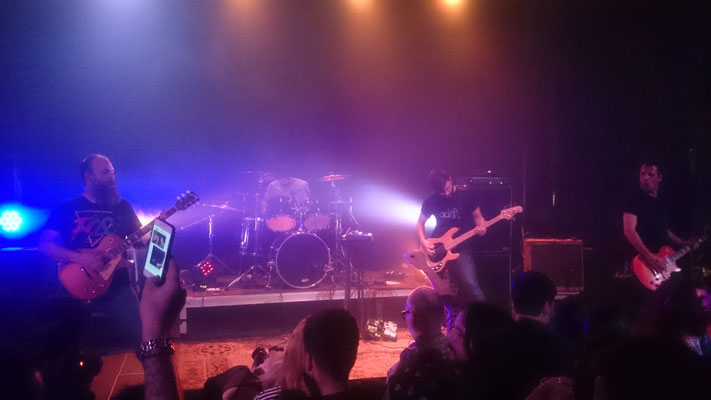 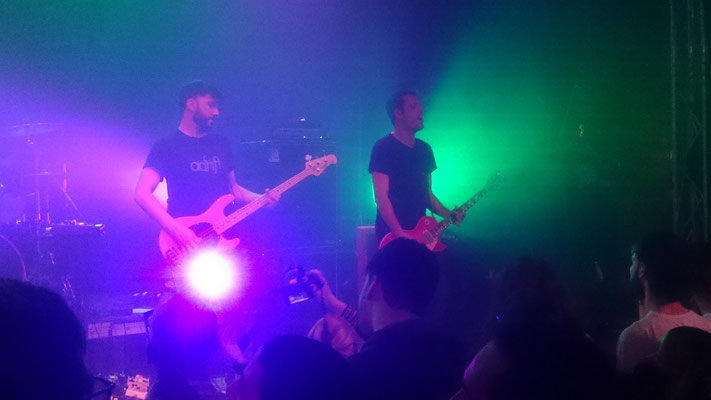 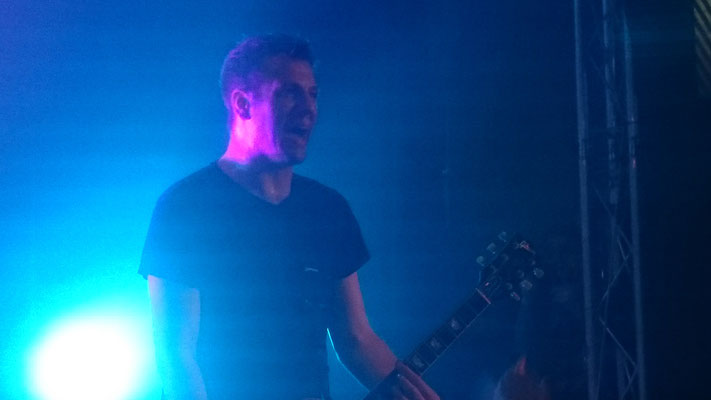 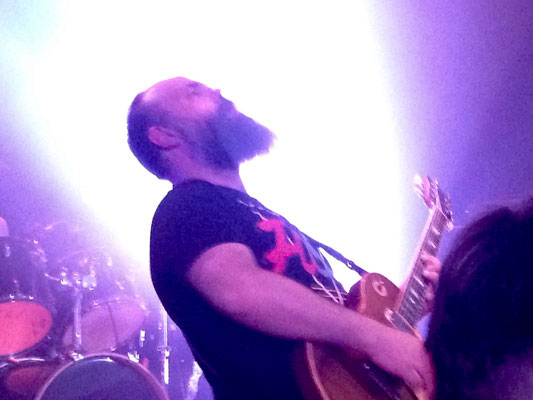 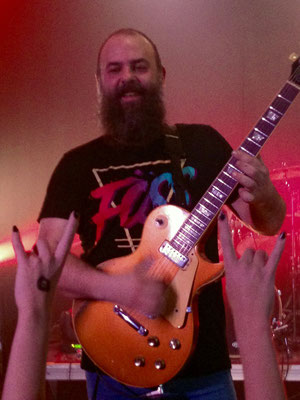 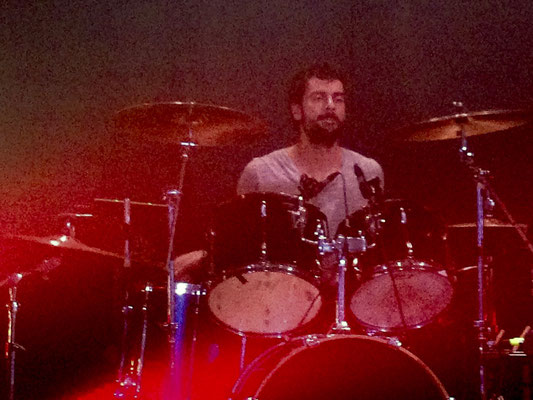 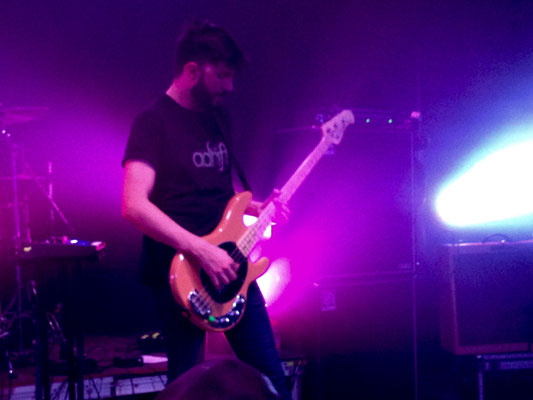 The Aguere Cultural is a complex with 4 venues with different sizes and these two bands filled the 400 spectator venue.

This venue had a magnificent acoustic and both bands are served with a class of a sound.

Magec played a slow stumping Doom Metal, which I generally don´t like. But their locals liked them.

Next was Toundra, Spain´s best selling band, like Kreator or Hammerfall or Judas Priest in Germany. Metalheads and Musicnerds are buying records!! You´re wrong, if you think, that this concert was filled with Metalheads and Musicnerds. A concert in Spain is the background for meeting your friends and to show I can afford the ticket and the drinks and I can post it on social media. Same happened at the Zeke concert in Madrid. This was the reason we left before the last songs. Toundra are masters in dynamic, in tension, in composing and in melodies. And to build up symphonies of riffs and hooks and melodies. Fantastic!! And all this must be played at a maximum volume with a pounding, powerful and precise sound. So it was. We liked the music, we liked the venue, we talked with the people, but their behaviour in concerts disliked this fantastic band.